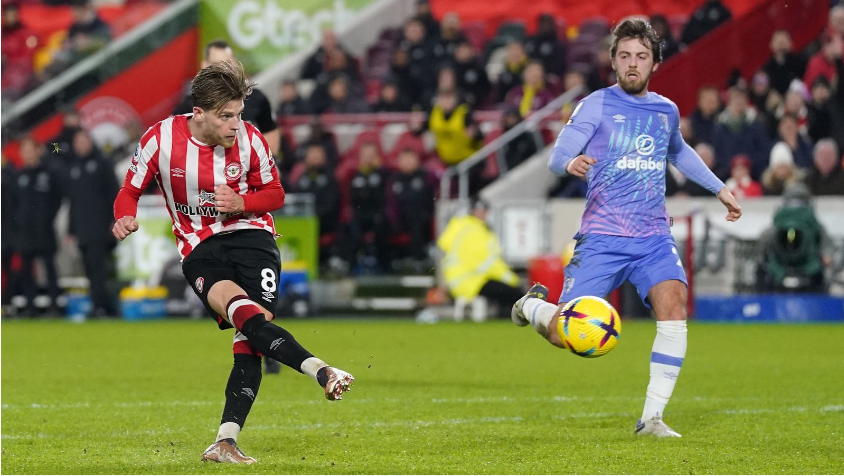 Brentford extended their unbeaten run in the Premier League as a 2-0 home win against Bournemouth lifted them above Liverpool into eighth place.

Ivan Toney scored his 21st successful goal in 21 attempts to put the visitors in front when the rebound was headed inside the box by Marcos Senesi. Mathias Jensen then met Josh Dasilva’s cross to head home past Neto – his first goal since the 4-0 win over Manchester United in August – as Brentford secured a convincing win to take them to 29 points from 19 games.

Thomas Frank’s side are now winless in their last seven Premier League games, winning four of their last five, as Saturday Night Football went into form.

Bournemouth sit 17th, one point outside the relegation zone, after suffering an eighth Premier League defeat in nine games and remain without a point since returning to the top flight after the World Cup. Cherries boss Gary O’Neil was furious at the decision to give Brentford the ball, telling Sky Sports: “The penalty decision was terrible, it wasn’t a penalty, it was Marcos’ fault. “I don’t know how we have VAR and it’s not cheap, I think it’s a terrible decision. Then we were caught in the box [for the second goal]. We didn’t have enough quality to score but we created chances, we had moments but it didn’t work.

Novak Djokovic victory in the Australian Open men’s final with his 10th title deserves to be called GOAT?